I was off this weekend.  The WHOLE weekend. It's nice.  But I'm finding that even though I love my weekends off, I really don't like it that my three nights a week are all crammed into 4 days.  Mon-Thursday.  Because if I don't have Friday off, some of the weekend is gone from me sleeping it away. 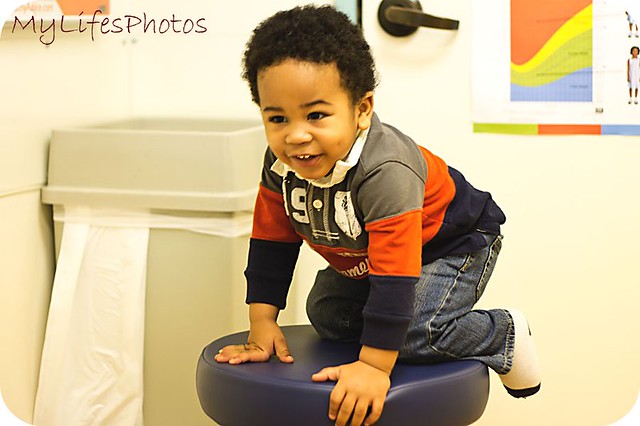 But anyway, it was a good weekend. Despite the fact that Pookah got his flu shot and a vaccine  on Friday and woke up Saturday morning with a fever.  I kind of expected that due to the vaccine. But by Saturday night, I knew he was going down.  Sunday morning he woke up with a low grade fever that he kept all day and a cough.  I hate the cough the most because I just spent the last 3 weeks with one.  So I KNOW how he feels. But being the resilient little guy that he is, he just kept it moving.  But I'm totally blaming the flu shot here. Especially since I debated practically up until the last minute whether or not to let him have it.

In other news, C-Dub and I had a discussion about *GASP* the next baby….

I'll tell you a secret: I've got baby fever.  I've been fighting it. HARD.  But every time I go to work, there's a newborn that I've got to hold, fiddle with, teach a mama how to feed etc.  It's so IN MY FACE!  But I will continue to fight this urge for the rest of the winter, spring, summer.  I'll revisit it in the fall….maybe…C-Dub didn't actually seem to horrified at the idea like usual, so I think it's a go…..in the fall…maybe….we'll see….

I joined weight watchers for the 5011th time.  I haven't felt hungry at all, stayed within my points and lost 3 pounds. *cue angels singing* Hallelujah!

I've been trying to run again.  But my knees are failing me. Especially my left.  But lucky for me, I work with a track coach and a die hard Black Girls Run member who both gave me a few pointers and pointed me in a new direction.  Number 1: I need to change my shoes( I JUST bought them! *cries*).

Well. That's all that's going so far this week! How was everyone's weekend??