Home » Uncategorized » Potty Training is For The Birds….

Potty Training is For The Birds….

Home » Uncategorized » Potty Training is For The Birds….

Soooo, you remember my goal about potty training that I made at the beginning of the summer?  Do you remember that said goal was to have Pookah potty trained by the end of the summer???  Well, yeah. Pookah decided that he didn’t like our lofty goals.  And after struggling these last few months…I now agree.

Potty training is for the birds. 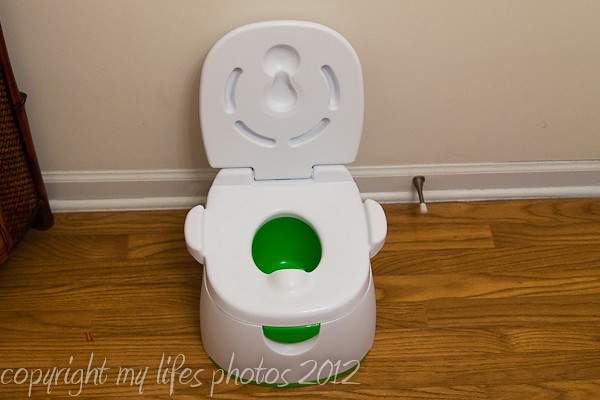 I’m sick of washing underwear and pants daily after school( they had this lofty idea that he should be in underwear ONLY now. They seem to think that that would speed up the process.)

I’m sick of taking Pookah to the bathroom every hour, or every 30 minutes. ( I tried every 15 minutes like they do at his school for about an hour one day and decided his school was crazy.)

I’m sick of struggling, reasoning, and watching Pookah just….fail at something he obviously is not ready for.

Because that’s the conclusion I’ve come to.  My child, who is 2 1/2, is just not ready to go to the potty on his own.  This has become, a potty training FAIL.

Now, he will go if you lead him to the potty. But the idea of going by himself….is just not sticking.

Soooo, the big question becomes, what do I do about it?

I’m about to pull up every piece of literature I can on exactly WHEN boys are” supposed” to be potty trained. Hmp.

Because I’ve decided that MY child will potty train when he’s ready. Like my mother pointed out, he won’t be in first grade still in pull ups.

sometimes they're just not ready yet!!!

my son will turn three in september and we're still trucking along with potty training, figuring out which method is best for him.

we've finally figured out the best method is HIS method. we celebrate the process. it's about him and what he's ready for. all we can do is practice...he'll get it. eventually...

i don't like the whole "schedule" thing and really shy away from it simply because my kid is the one that's ultimately going to decide when he's ready to stop crapping his pants, not me. i can help the process along but until he's ready to sit on the potty instead of in a corner of the living room, he's going to dig his heels in.

we've had some really great days with clean pull ups (we are NOT ready for underwear...mostly because i cringe at the thought of all the extra laundry) and other days where he has run away peeing his pants as he goes when i tell him it's time for the potty.

he'll get it! patience really is the only virtue that'll get you through this one. :)

Yes, yes and yes! My mom was on my case about potty training by two. I told her that he wouldn't be wearing diapers to kindergarten. He's doing ok with potty training but doesn't go without being prompted. Potty training SUCKS!

Girl, take your time! Even though my lil' man was relatively "easy" there was many times I wanted to pull my hair out! I cried, I cussed over washing sheets and underwear and stains out of our carpet, I complained to the husband about NOT HELPING. You know your child and what he is and isn't capable of. Alex did not like accidents and did NOT like being wet so, yes we started pottying early (12mths). I stuck to a loose schedule b/c I HATE schedules. He has been at the same daycare since about 3mths old but two different locations. The 1st location was like me and didn't want to push him too too much and let him stay in diapers/pull-ups. They also did the line up thing with the children (which I DID NOT LIKE). At the new location they put him in underwear and it was almost two weeks of washing clothes but he caught on. Each child is different and that's ok. There were days that I couldn't push/harp on little man and work on my own mental. The CARS watch that comes with pullups did help because I'm not setting a timer for myself (although it did backfire on me when it went off during a slightly long car ride and he was SOOO proud of himself). I say all this to say, it takes time and just roll with it. If he's not ready, that's ok. I started at 12mths and he is just "getting it" at 27mths (yes, over a freaking year of potty training).

Potty training boys IS tough. With my first he was fully potty trained on his third birthday after doing it for months. I knew he was just ready at that point. Now, I am pregnant with my third and I WAS trying to potty train my second before the baby got here but, like you said, "potty training is for the birds"! I got so tired chasing him as big as I am (39 weeks now) and I've long decided to just relax and wait until he's really ready. Good luck on finding a good resolution for you and your son's school!

My boys were 4 when they finally got it together and trained. With watty, we started trying at 2 and went thru pretty much what you did this summer.

I got tired of playing "find the poo" (got to blog that one - adding to evernote). I gave up.

He finally trained overnight when he was ready. Without my needing to prompt him every 15 minutes. Give it a rest, give him a break, and let him decide when he want to try again.