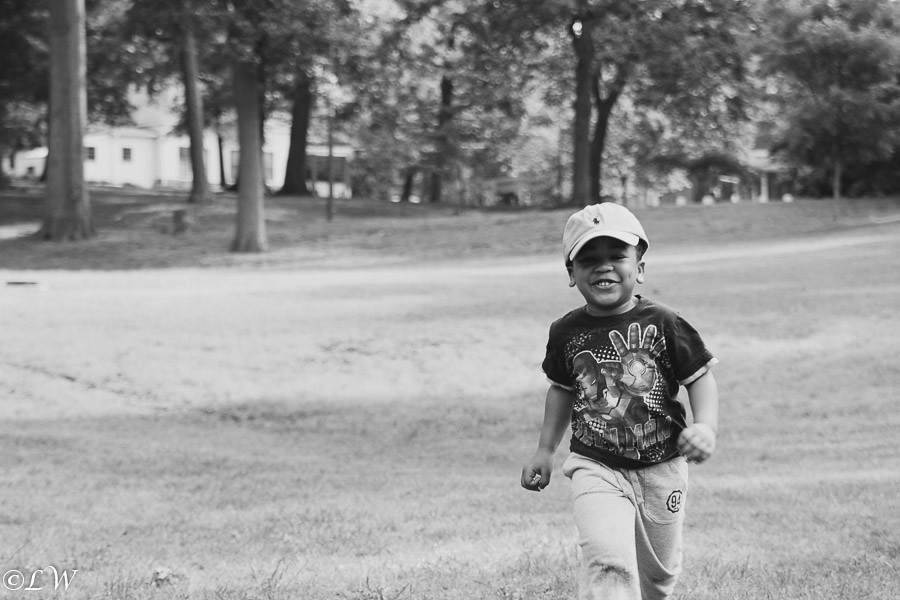 First, let me start by saying thank you for all of the thoughts and kind words. I appreciate it.

And Pookah recovered quickly.  The photo above was taken on Saturday, 2 days after the “incident”.  He ran all day. And didn't complain once. I had to force him to take breaks. He did need several breathing treatments but that was to be expected. But he's doing fine.

It took a week for me to get some type of satisfaction from the “incident” as I have started to call it.

The day after, I had to return Pookah to school. Not by choice. But by necessity . I don't have emergency backup childcare. And all friends, relatives, godmother's anyone I could have trusted him with, they were all working or out of town.

That day, I was HOT, MAD. And so sad for my boy.  But he was eager to go to school. Eager for show and share that happens every Friday. And after the horrible day he had had the day before, I just wanted him to have some happiness.

And most of the staff was falling over themselves to apologize.

But I was on a mission.

And I started with the teacher who gave him the pancake.

But I had bigger fish to fry. Because the problem as I saw it was not that he got the pancake. The problem was that there was no safety measure in place to make sure that this didn't happen.

Armed with that info, I went to the nurse. Gave her the new epi pen( that cost me $249 WITH insurance) and sat to wait for the Director to get in. And talked with one of my sources( read a gossip) who told me ALL about what happened that day.

And it wasn't pretty. The mystery of the “scratch” as everyone kept calling it was solved.  Seems there were three people holding him down to get in the epi pen and someone's cheap ass ring scratched him. I've seen the teacher and the ring. We discussed. And that's all I'm going to say about that. Also, I learned that no one knew their head from their ass as my child sat there for 2 hours struggling to breath before they figure out that he had a pancake.

Finally I had to go get dressed for work, but I stopped back by Pookah's school to drop off Benadryl and who should I see but the Director. She sashays over, lays a condescending hand on my arm and says, “we're so sorry this happened. And I hope his scratch is better. I would love to meet with you but I'm in a meeting right now.”

I shook off her hand and told her that “scratches” didn't need stitches  and here ( handing her the epi-pen bill and the ER bill) call me today. My number is in his file.

And I walked away.

Because I had to work. I'm still on my 3 month probation. SMH

She didn't call that day, or Monday.  Finally Tuesday morning, I called and spoke with her administrative assistant and basically told her that Boo, your boss needs to call me because you all almost killed my child and me and my Lawyer are starting to feel like you don't care. I'm available after my meeting. Call me.

She called during my meeting and left a condescending message and said she hoped everything was resolved now and she would be back on Thursday.

That day, I went on a search for HER boss.  The school has a board of directors. Did they know?

Of course they didn't, but I was happy to inform them.

Amazing how I got that call from the Director on Thursday.

I think, she was getting her ducks in a row. She was planning, plotting, trying to have a plan for me. But like I told her, that's all I needed you to do, was to TELL me you were working on it.  To tell me that you had a revised plan going forward and what that plan was.  I'm happy that you've got all of these committees and safeguards and revised plans of actions. Oh and that call to the state you say you need to make? Don't worry, I got you! Already did that for you.

In the end, she and I came to an agreement. Financially and a plan for Pookah.

It works. For now.

A lot of people have told me that they would have removed Pookah from the school immediately. And while that was my first inclination( and still is if I'm honest) I had to look at the big picture. In this last week, I have searched and searched for a daycare near our house, near my job, near Cdub's job.  Either they aren't teaching anything, they are way too expensive, or the food situation is worse than what we've got. In other words, the devil I know verses the devil I don't .I've searched for nannies( so far out of my price range it isn't funny) shared nannies( again, out of my price range), and even thought about COULD I stay at home? Could we afford it? No, No. NO.

We are not that fortunate.  And we're still recovering from when both of us got laid off in the same year as Pookah was born.  And honestly, it's not something I ever wanted  to do. Never even thought of.

All in all, I've been pleased with his teachers, his happiness at this school( especially in relation to the last one) and what he's been learning. He loves his teachers. He loves his friends. And honestly, they love him too, judging by the crying and carrying on I've had to sit through with them this past week.  There is just the big overpowering fact that my child needed an epi pen in their care. Because of their carelessness, foolishness. Because they weren't prepared.

But they are now.

So there is no perfect solution right now. I'm not giving up on looking into another daycare, or even looking for a nanny share. I'm even looking into what it would take for me to be able to stay home with him for the next year until we can get him into a preschool.

I hate that my hands are tied, but this is life right now.

We'll just have to deal.