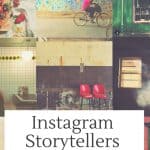 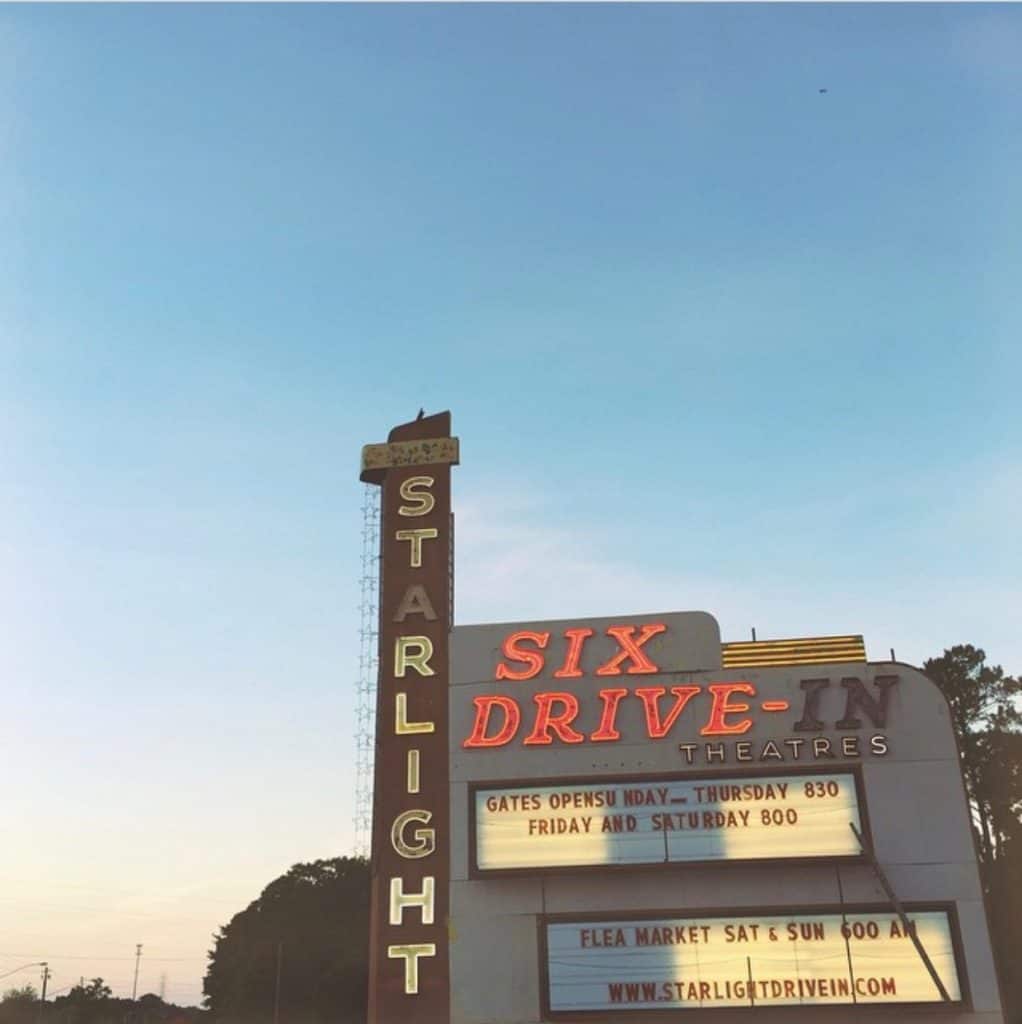 I THINK I found Andrea through her and Xanthe Berkley’s color/courlorlover series on Instagram. But there were two photos that made me look for her posts. The first was a simple photo of cameras in a camera shop near me.One that I had no idea existed. The second was a photo of hers I found on the #weloveATL hashtag. I hadn’t realized that she was in my city and I was fascinated by the photos. There is a nostalgic quality that all of Andrea’s photos that take me back to childhood. I see her photos and I think of all of the photo books my mother has that has documented our lives. Full of polaroids and kodak film photos.  It was only recently that I discovered her polaroid account and once again: I’m fascinated. She has been on my list to ask to participate in this series from the beginning. I’m so glad she is sharing her words and her photos with us today……

All photos in this post are courtesy of Andrea Jenkins ( @hulasventy) 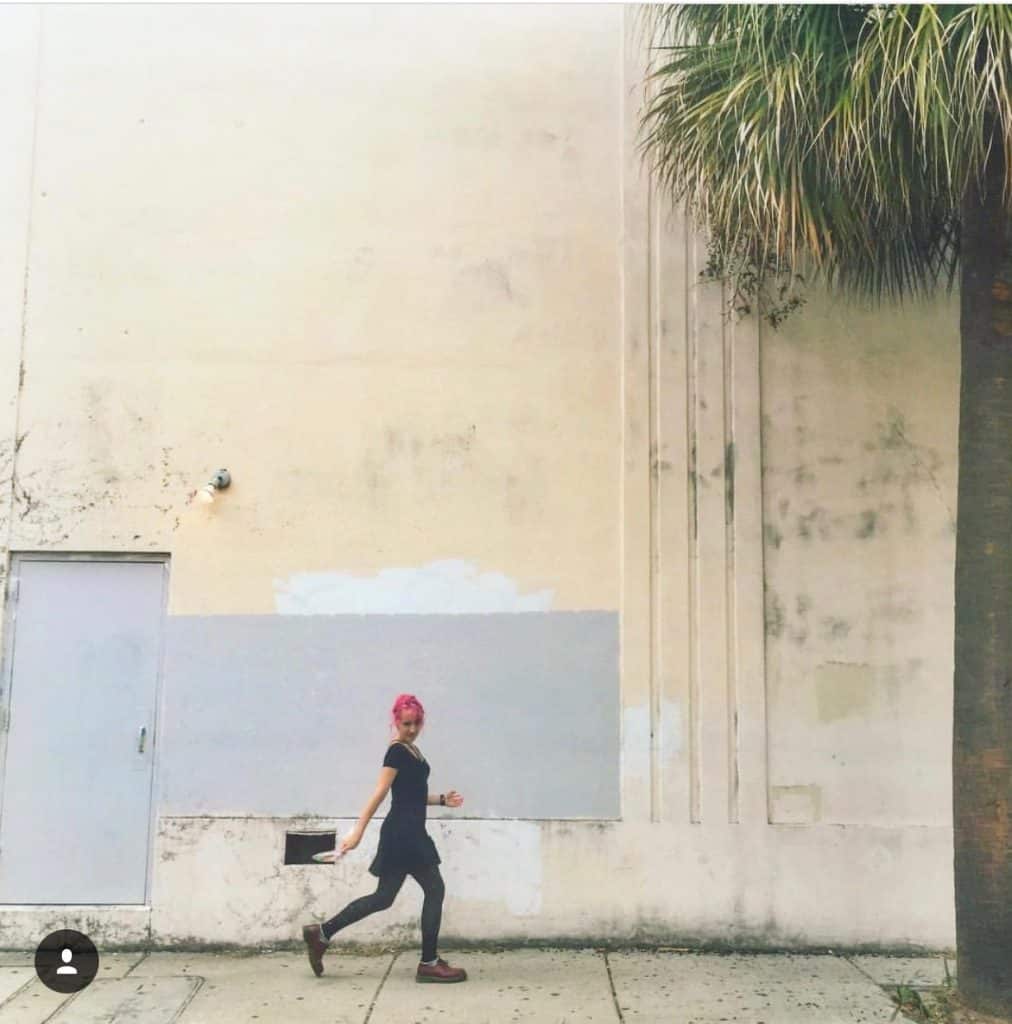 Tell Us about yourself and your background

I’m a documentary-style photographer and writer living just outside Atlanta, Georgia with my artist husband Ward Jenkins and my two wild and wonderful teenagers, Ava and Ezra. Atlanta is where we’re originally from but we moved out to Portland, Oregon back in 2007 for work and spent seven years living in the great pacific northwest before moving back to Atlanta to be close to family.
Proverbially speaking, I have my hands in a lot (A LOT) of different pots– I shoot everything from fine art portraits to wedding and documentary family sessions. I work as a stylist and creative consultant for Dustbrand Films and also write for a wonderful publication called Uppercase magazine. And I teach a modern dance class to high school students once a week for a wonderful youth development program in the city called Moving In The Spirit. 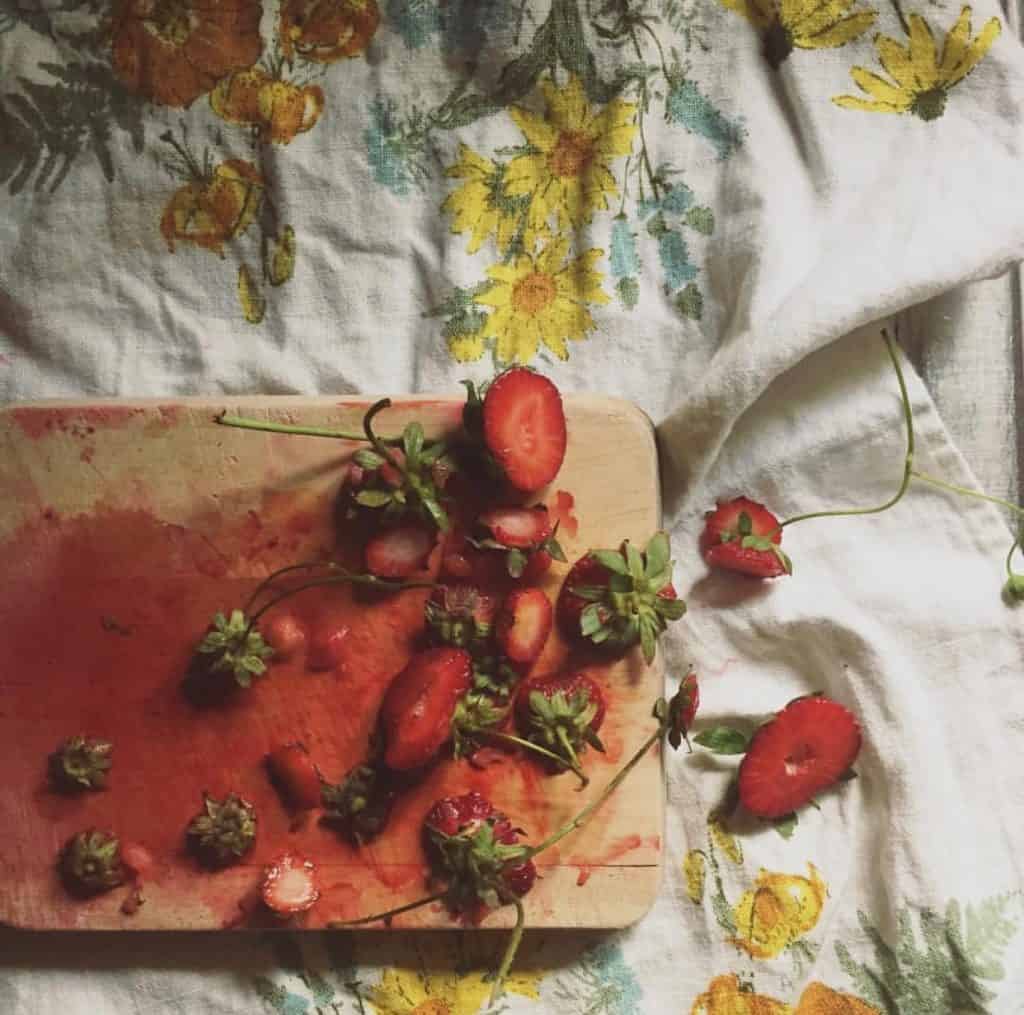 How did you first get into photography

My roots are in dance– visual arts and dance, actually. I was interested a wide variety of mediums as a teenager but ultimately chose to focus on modern dance. I spent my teens and twenties in intensive study, connected with Moving In The Spirit (the aforementioned youth development program) and began teaching for them/working with them at age 19 while getting a degree in dance education from Georgia State University.

But things really changed for me when I had kids, as they so often do for so many folks. I found it harder and harder to get to class and rehearsal, harder to keep up with teaching. However, the lack of it in my life left an enormous creative void, one I was hungry to fill. Which is when I picked my old film camera and started shooting again. I’d experimented with photography back in high school, had really fallen in love with it but had my heart set on studying dance. I remember thinking, “I’ll have to circle back to photography again one of these days.” And that’s exactly what I did. I found that shooting daily was something I could (mostly) do with a baby on my hip. I began to document our days, and in doing so, slowly taught myself the basics of photography. And once that fire was lit, it really roared to life. I spent my thirties (and now, forties) devoted to the study of photography. I continue to experiment with a wide variety of cameras (though my true love will always be my polaroid SX-70) and I thoroughly enjoy the way the medium challenges me on the daily. 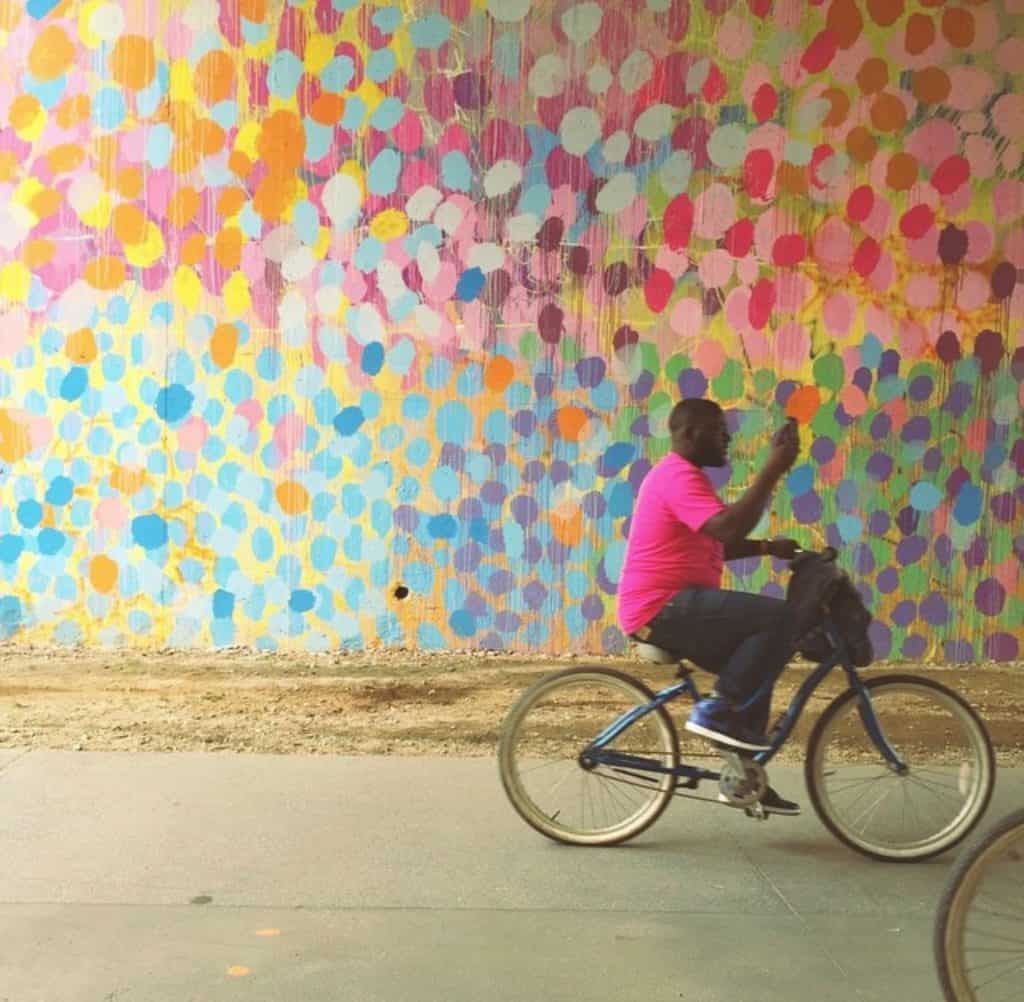 Tell me about your Instagram journey: how did you get started?

I started an Instagram account not too long after they hit the scene– spring of 2011, I think? I’d just gotten my first iPhone and had had friends tell me I had to try it, I just HAD to get on there. At first, I didn’t really understand how it worked, didn’t understand what the big deal was… but once I figured it out, I was a goner. I went long stretches shooting iPhone only, didn’t even pick up my other cameras, there was such freedom in it! I still enjoy that freedom. Though do I think I’ve found better balance now. And I may be one of the few that still posts only iPhone shots (excluding the account where I share only my instant work). Instagram has really shifted though, has become bigger than anyone ever predicted it would and even the most serious of photographers showcase work there. I must admit, I’m tempted to share my more professional work there but I just love the challenge that shooting with an iPhone presents. I love that Instagram was (initially) an extraordinary showcase for that and I loved seeing how real photographers were shooting with their phones, what they were able to get. I suppose I’ll eventually cave and begin to share non-iPhone work there but for now, I’m all iPhone. 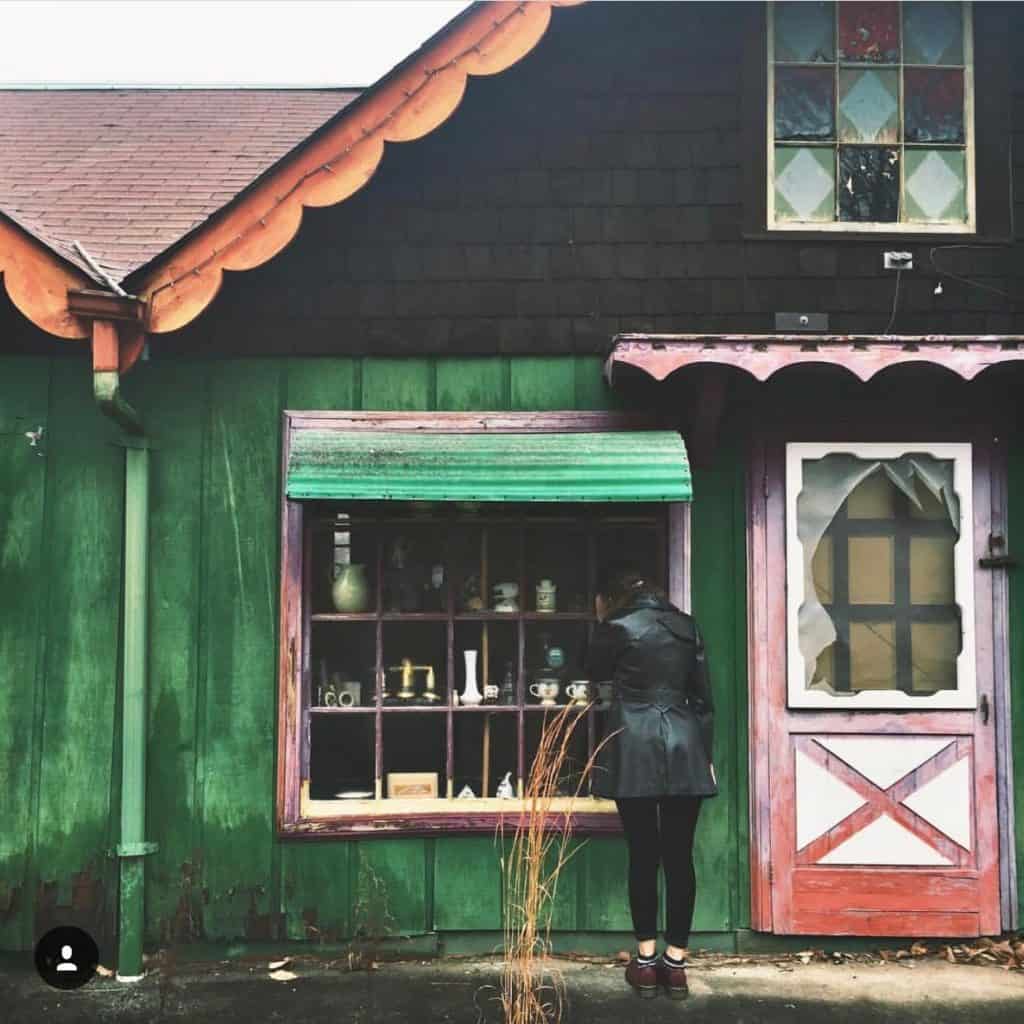 What story do you hope that your Instagram tells?

I hope folks can see the every day in my photos, the extraordinary in the everyday. I hope they see humanity. and love– not just for the people in my life, but for the world around me. Because each picture is a sort of love letter to that moment– to that person, place, or thing that gave me pause, made me want to stop time for a second. 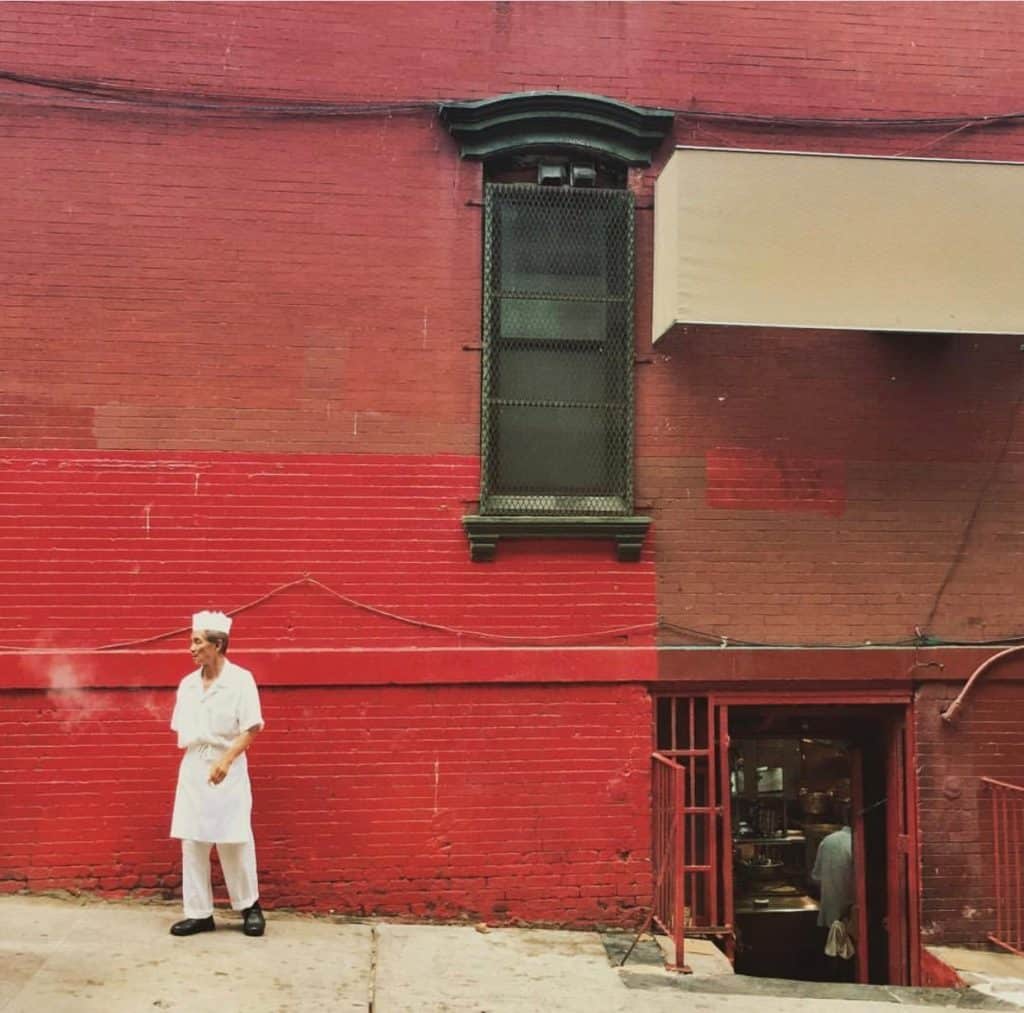 What was one of your favorite photos that you took recently. Why?

It was a waiter on a smoke break in Chinatown in New York, back when I was visiting in August. I don’t think I’d have gotten the shot had I stopped to get my big DSLR or old polaroid camera out. I saw the moment, lifted my iPhone and composed. I didn’t even have time to stop and look at what I’d gotten till later on that night when I was going through the day’s photos. Thrilled to see that little bit of smoke, the way that white uniform popped against those blocks of red. Wouldn’t have been fast enough with any of my other cameras. That’s when I love the iPhone most. 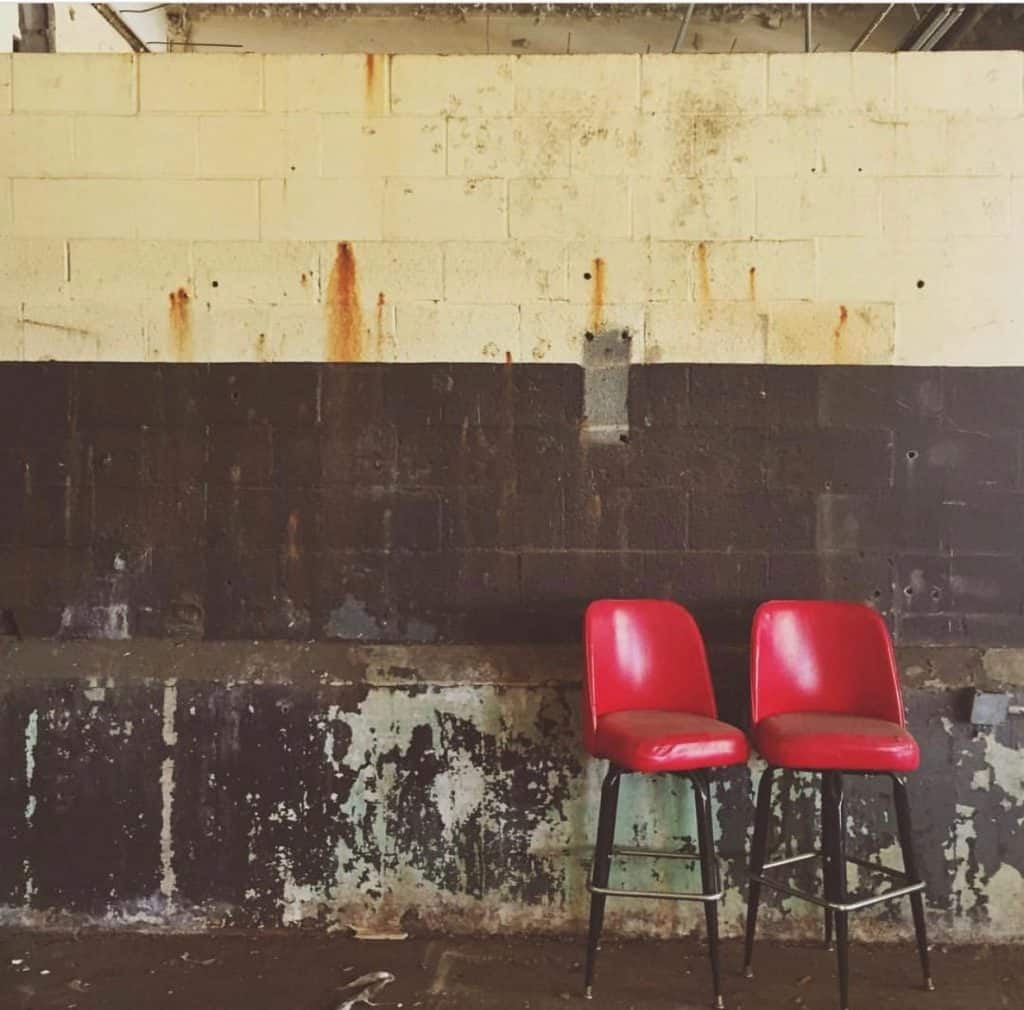 Who or what inspires you?

Oh, so many things. So many things. Color in unexpected places, movement as art. Hella inspired by the sights and sounds of the city, day and night. The kids in my dance class, the light in my house around 7:15, the books I read. Too many photographers, choreographers, writers and visual artists to list here. And there’s whole lotta ugly in this world (especially right now) but my heart busts wide open when I see love and compassion in action. 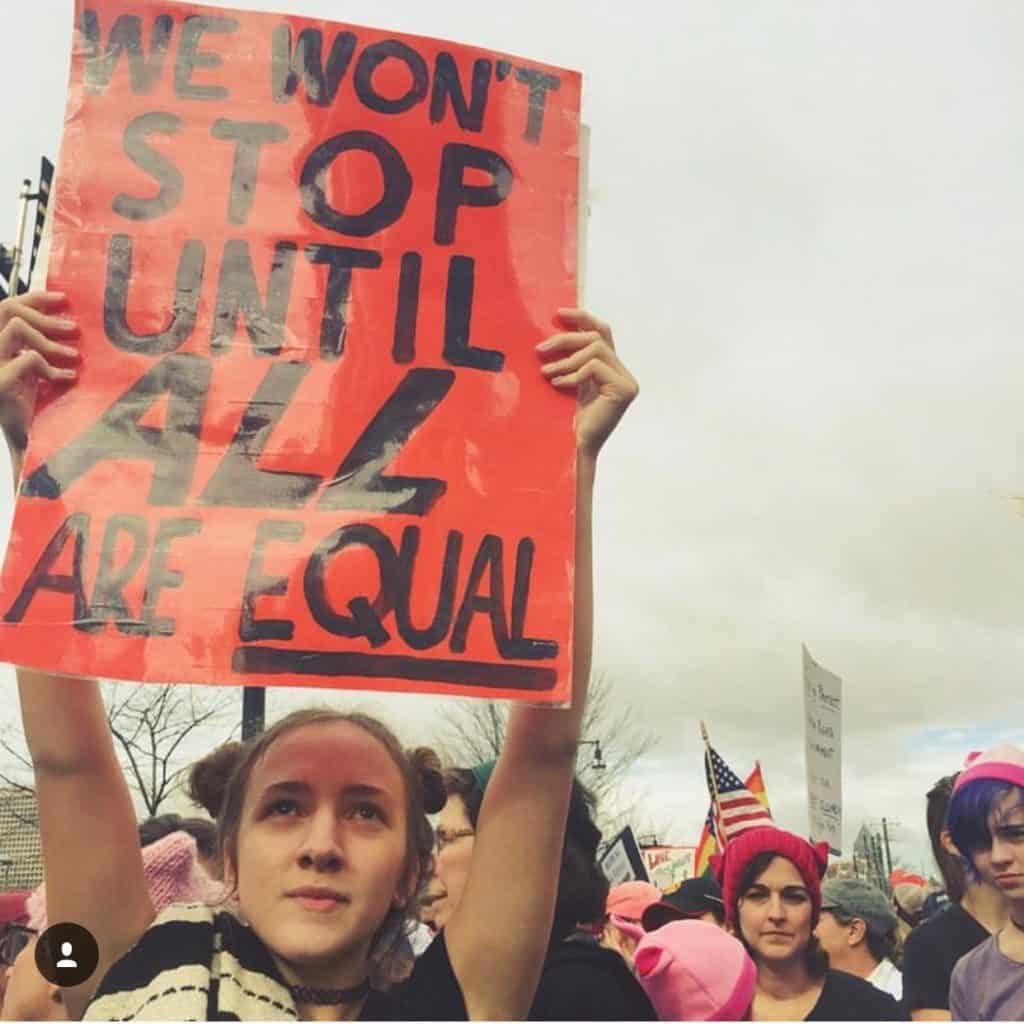 What is your favorite thing to photograph? 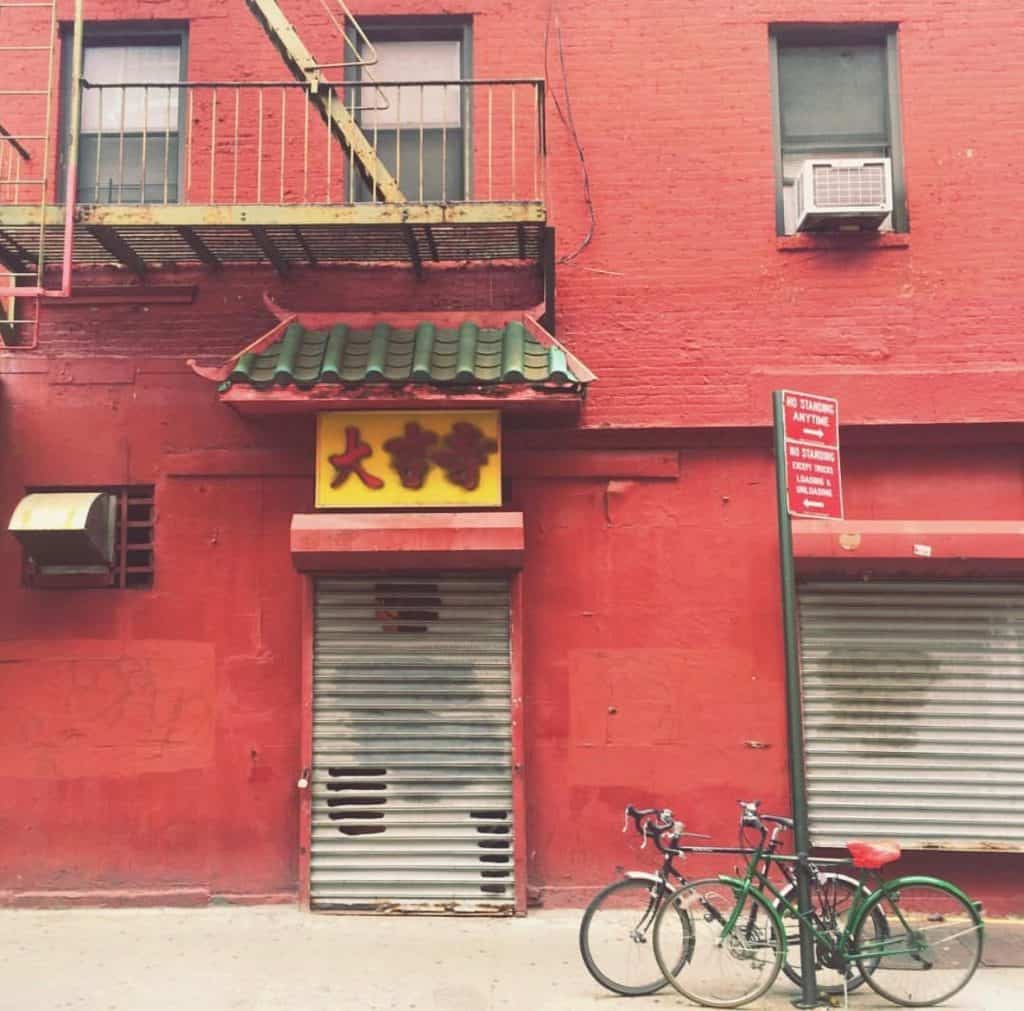 Black and white or color?

Love playing around with black and white but I’m a color lover through and through.

Favorite App to edit with? 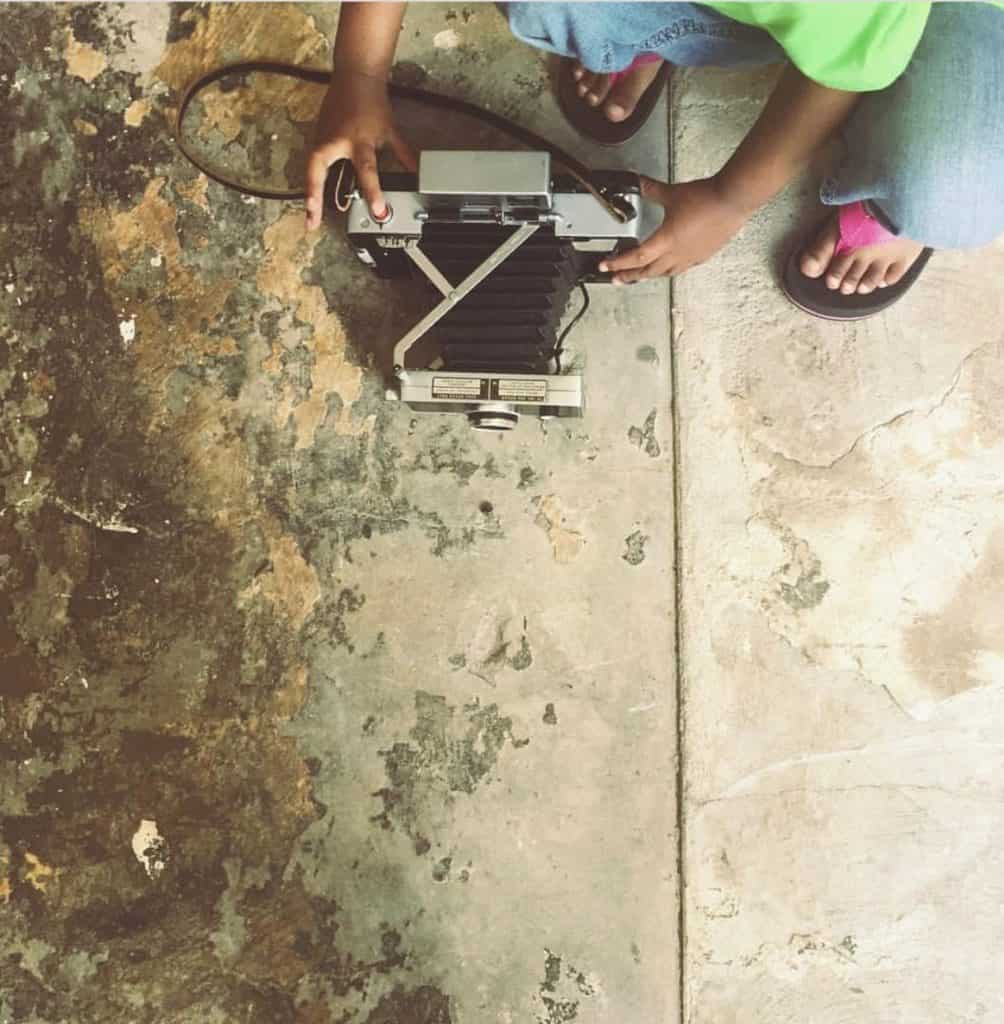 What do you shoot with?

As I mentioned above, for my @hulaseventy instagram account, I shoot solely with my iPhone 6. For my @everywhereinstant account, it’s my Polaroid SX-70 and a Polaroid land 250. Additionally, I shoot with a Canon 5D and a whole mess of old film cameras (35mm and medium format). 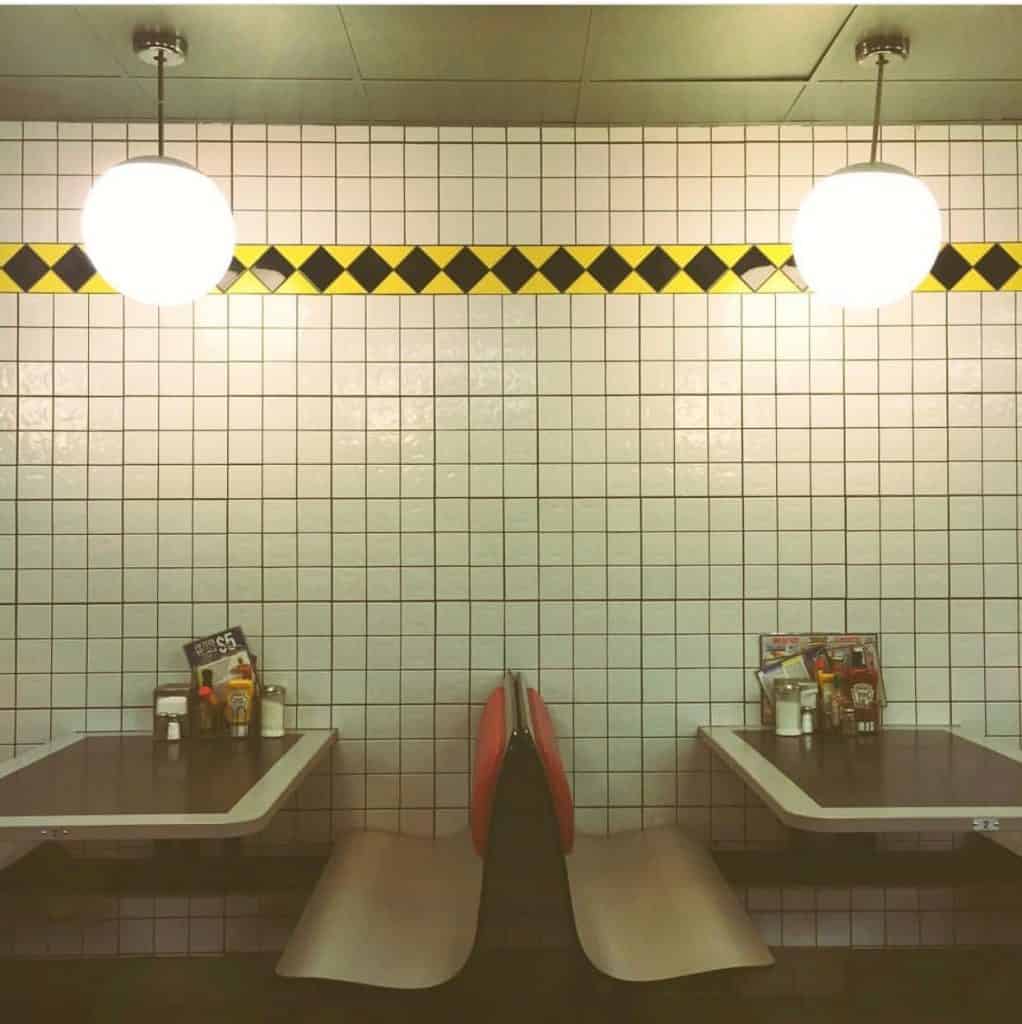 everydayeverywhere (all the everyday accounts, really– there are so many! for so many different cities and places in the world): 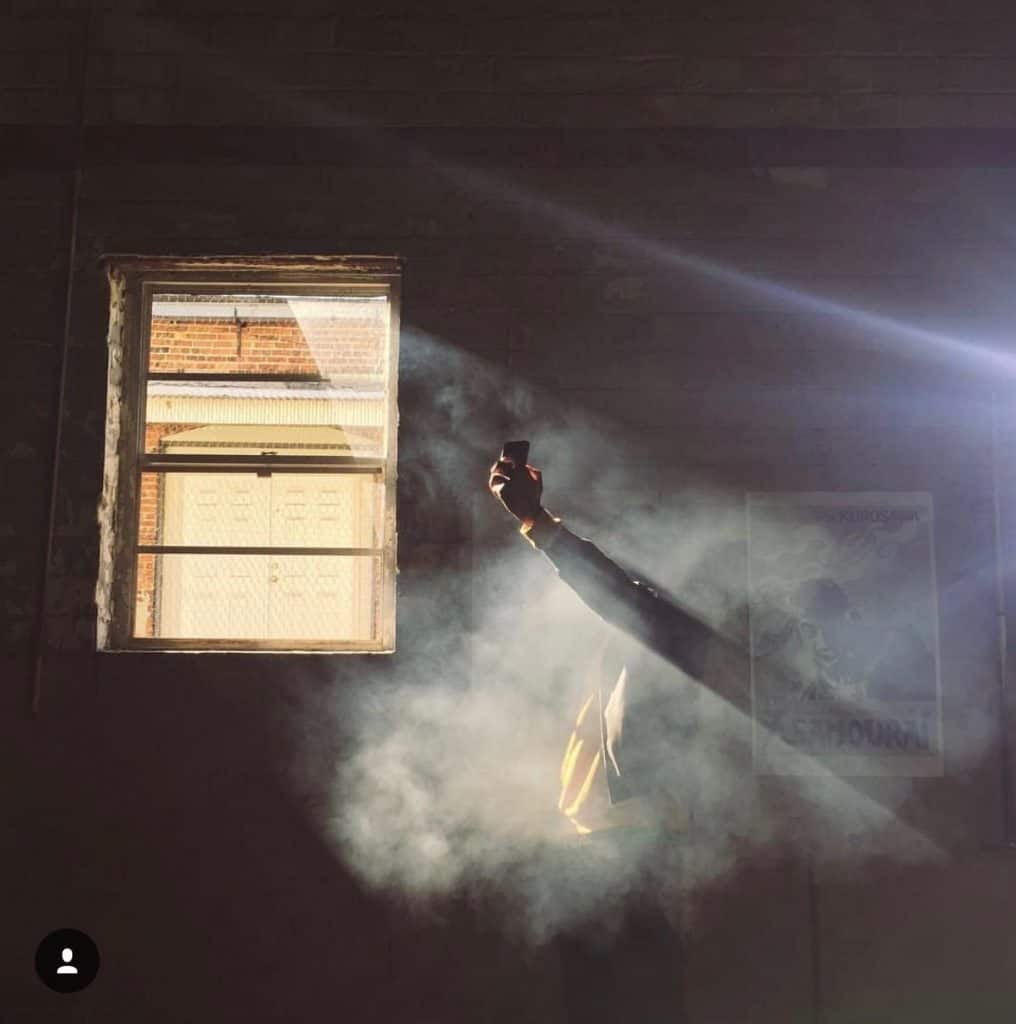 If you want to follow Andrea, check here out on