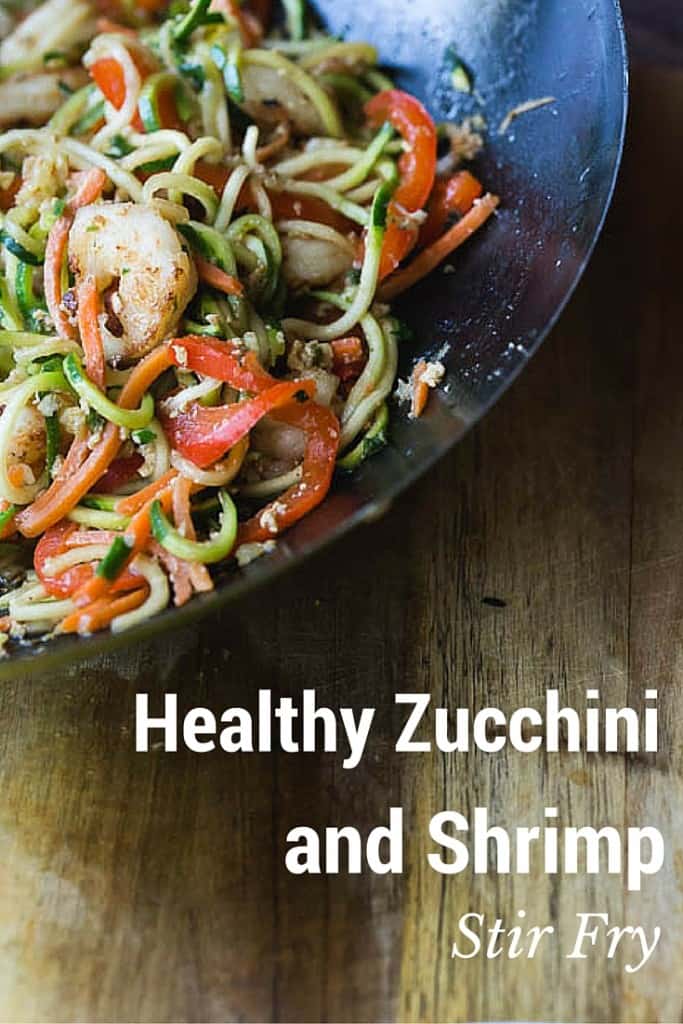 So last week, I got a spiralizer and made this Zucchini Noodles and Shrimp Stir Fry Recipe. 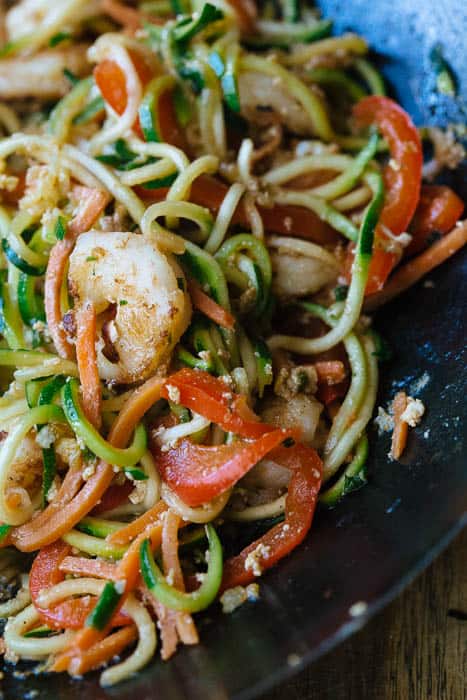 But wait, let me start at the beginning…

When you are trying to eat healthy and do most of your cooking at home, sooner or later you run out of ideas for healthy meals that you want to eat.  And then you end up buying fried chicken from Publix on a Wednesday night because  you didn't plan well and dang it, you are hungry.

So confession: I'm doing Weight Watchers. I didn't want to give up the money for it at first because in my mind, I should have been able to use one of those nifty apps like  My Fitness Pal for free and everything.

So  last month, I lost  9.4 pounds staying within my points.  But chicken breast gets boring for dinner after a while, no matter how many different ways there are to make it.

So I was trolling Pinterest last week for ideas and trying to meal plan when I came across this recipe. I was fascinated by the idea that they were using Zucchini for noodles. I investigated further and discovered there was a whole community out there making zucchini noodles. But…I hate zucchini I said to myself.

So I got myself a spiralizer and proceeded to experiment. ..and experiment…and experiment. And Thursday night, I hit the jackpot with this Zucchini Noodles and Shrimp Stir Fry. 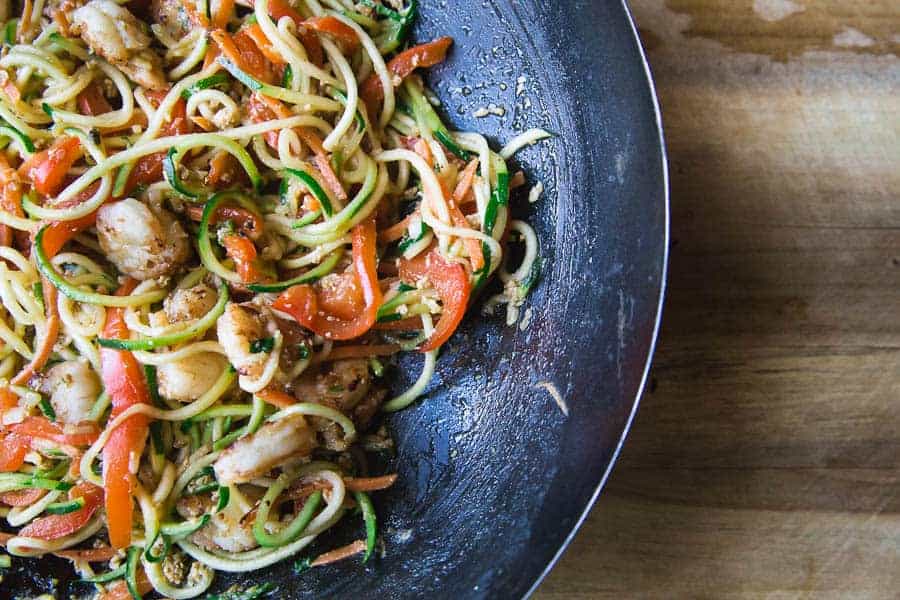 I had to make it again Friday for lunch just to make sure it was actually good. And that it could be re-created.  I changed a few things after the first attempt and now I have this one written down. 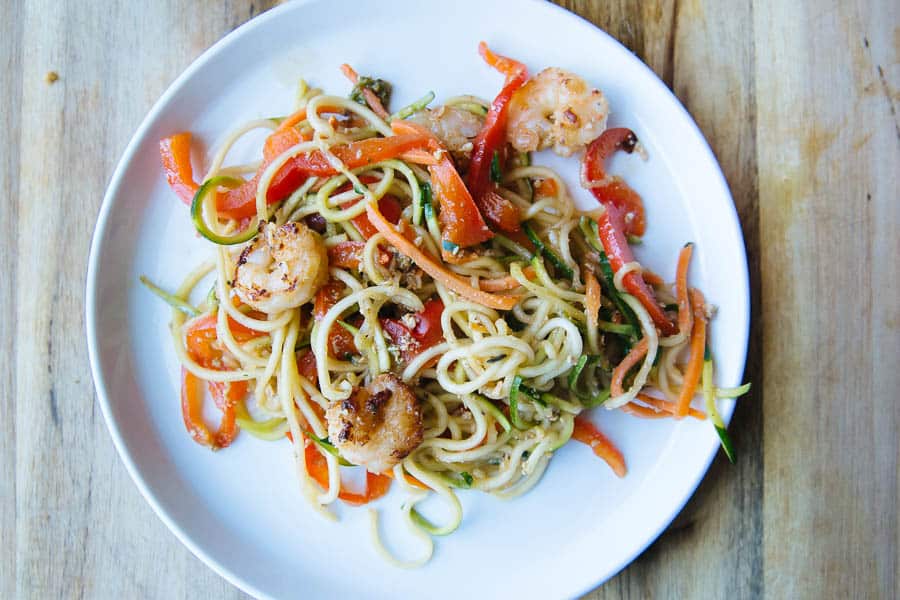 Listen, even C-Dub ate it and actually TOLD me, WITHOUT prompting, that it was good.

Houston, we have a winner. 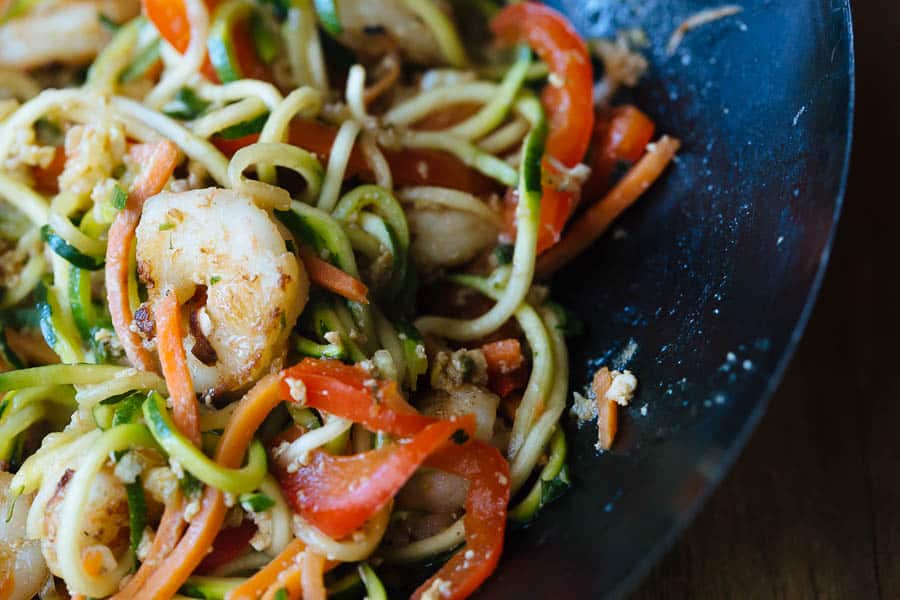 496shares
496shares
We use cookies to ensure that we give you the best experience on our website. If you continue to use this site we will assume that you are happy with it.Ok