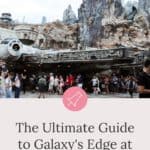 A long time ago, in a city far far away, a little girl was introduced to the movie Star Wars: A New Hope. That was the beginning of a lifelong obsession with all of the movies and all merchandise, all the Star Wars things. And then…Disney opened Galaxy’s Edge at Disney World.

AND that girl was over the moon when she got to go on opening weekend hosted by Disney and the Permission to Hustle Retreat.

That girl is me.

I am that girl.

If you watched my Instagram stories, you saw my excitement. Now that I’ve calmed down, I’m

going to give you my guide to Galaxy’s Edge at Disney World, from a Star Wars Fan’s perspective.

When I was trying to decide how to break this guide up, I decided to include the things that a Star Wars Fan would love or be curious about. So here are your must-do things while you are visiting Batuu… 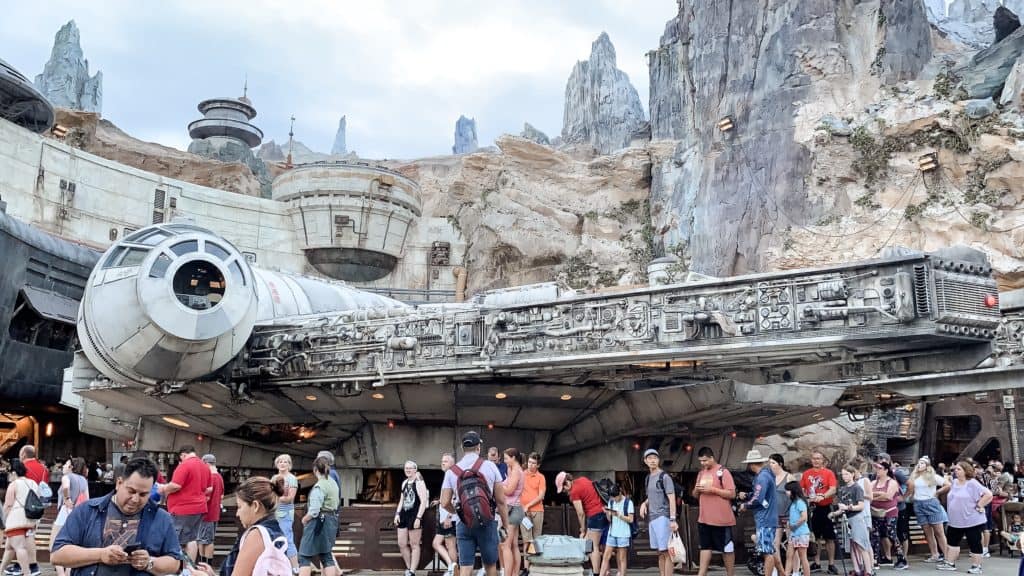 Listen. It’s the centerpiece of Galaxy’s Edge at Hollywood Studios.  Yes, the lines are long, but they move. Yes, it’s hyped up, but you MUST GO INSIDE! 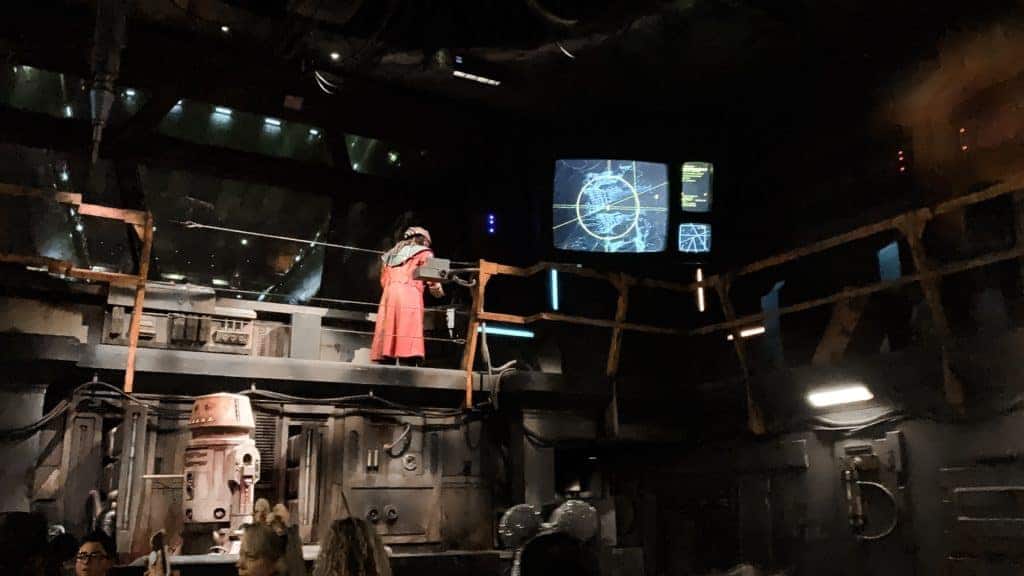 The way you appoach it is supposed to be the same perspective that Luke Skywalker and Obi-Wan Kenobi had when they first laid eyes on it in the original Star Wars.  It’s not perfect. It looks like it’s worse for wear. It looks JUST LIKE YOU IMAGINED IT. 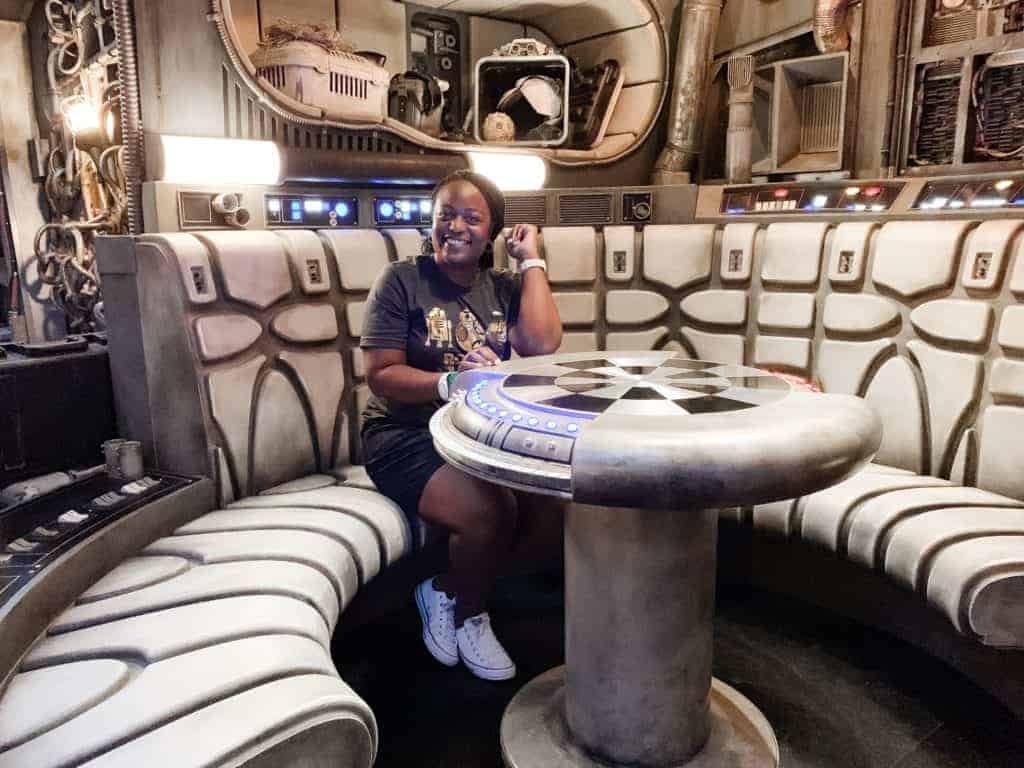 Part of the thrill of this ride is walking into the Millennium Falcon seeing the chess room where Chewie and R2D2 played chess and then sitting in the cockpit where Han Solo and Chewie sat. It’s like all of your dreams and fantasy’s come true.

You get assigned a flight group and a number: they need two pilots, two gunners and two flight engineers for each run. 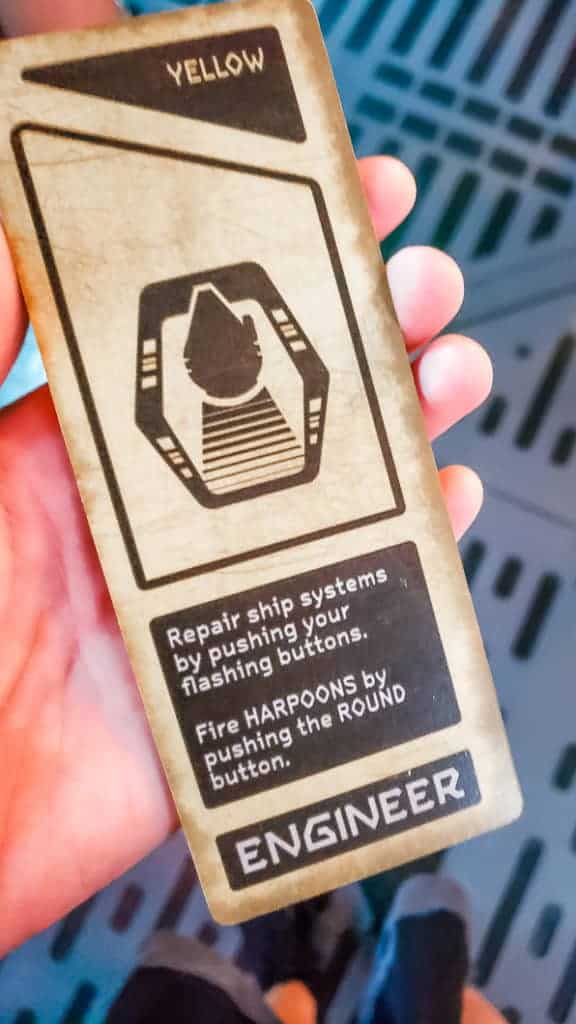 When it’s your turn, the operator calls out the number of each group. While you wait, you can roam the cabin… 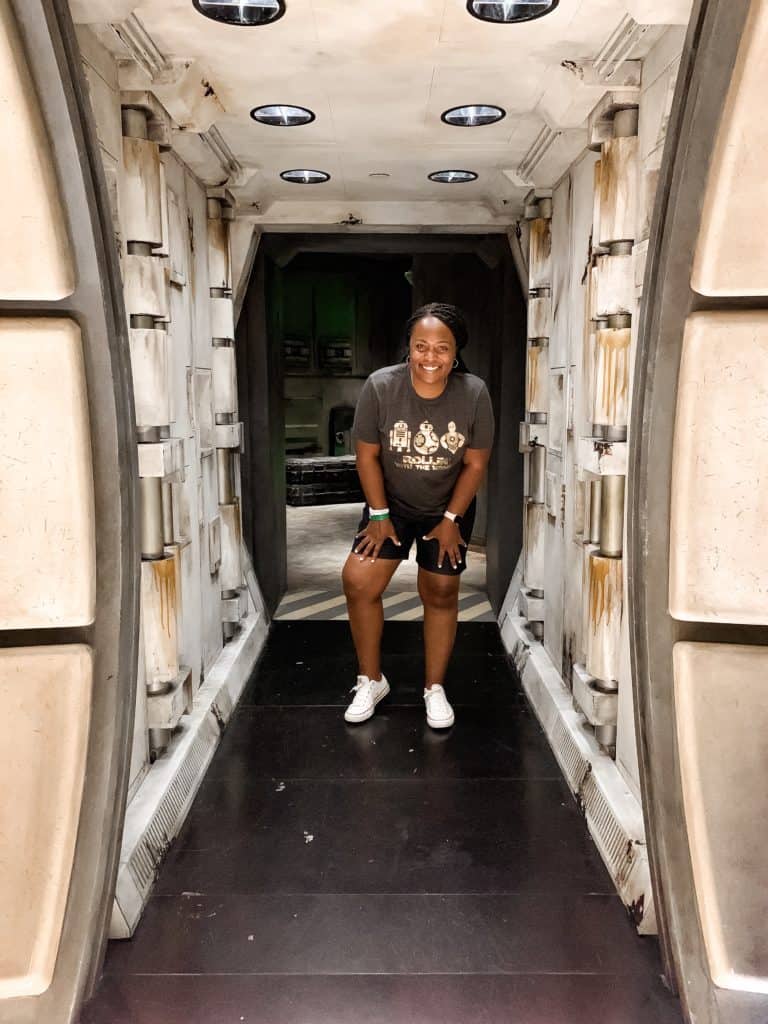 Smugglers Run is set up so that your actions determine the outcome of your mission.

I won’t give too much away, but…get yourself a good pilot LOL.

Don’t forget to eat while you are there! Whether you arrive in the morning or afternoon, there are plenty of choices between Docking Bay 7 and Oga’s Cantina. 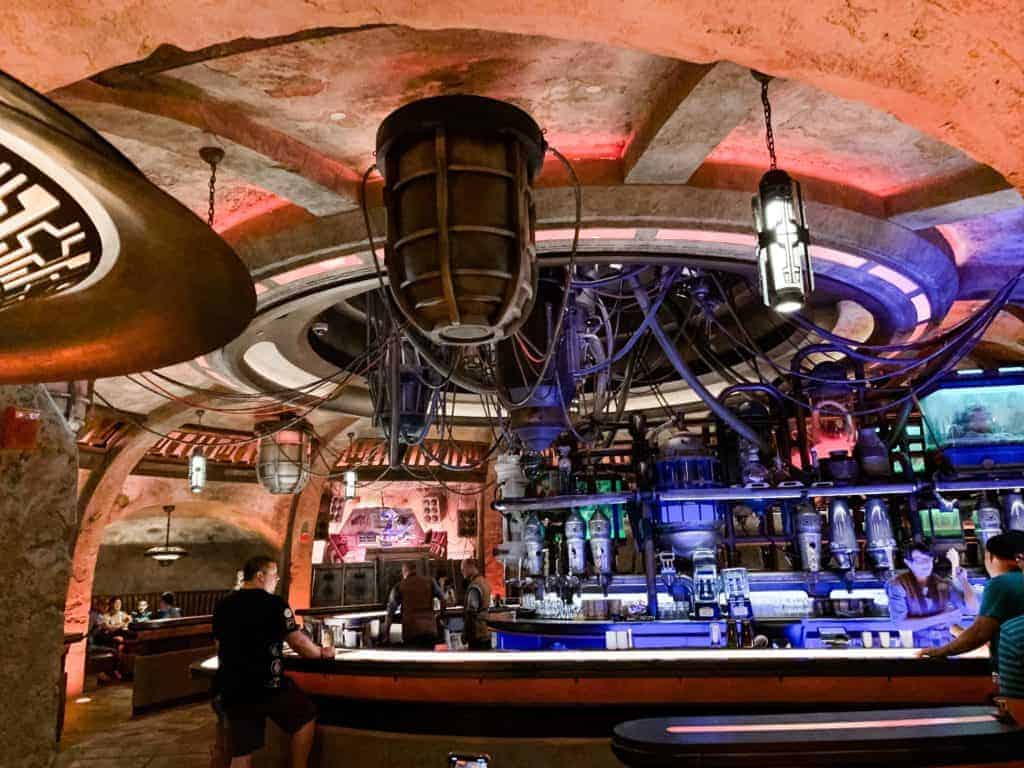 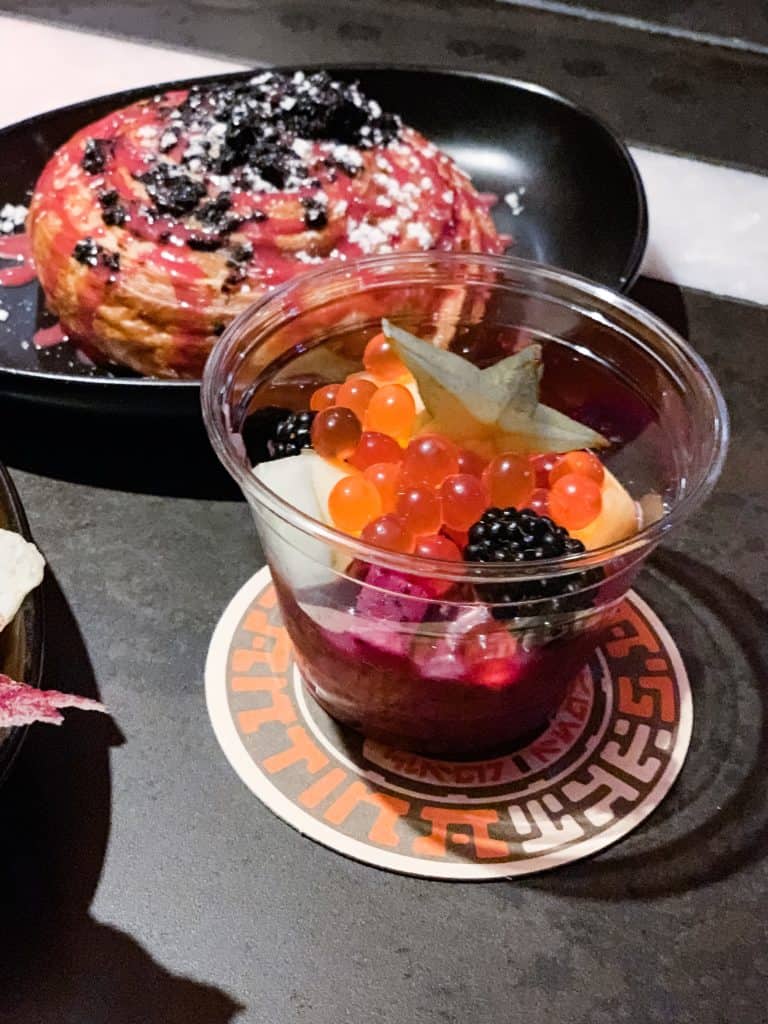 Build Something ( A droid) 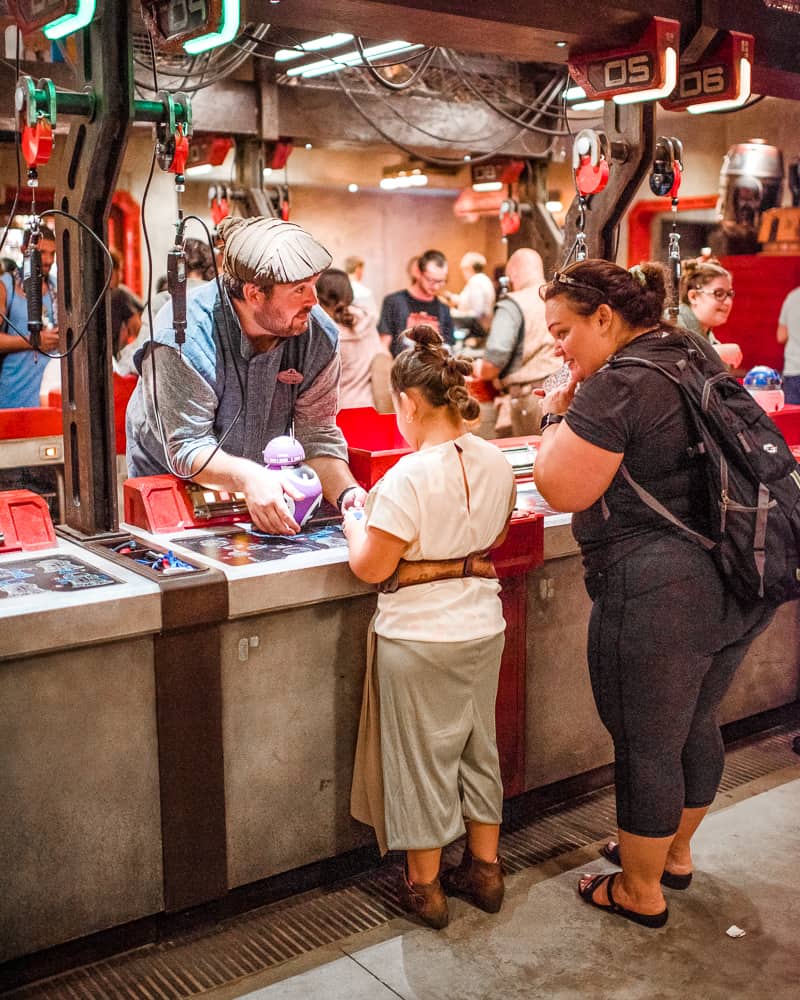 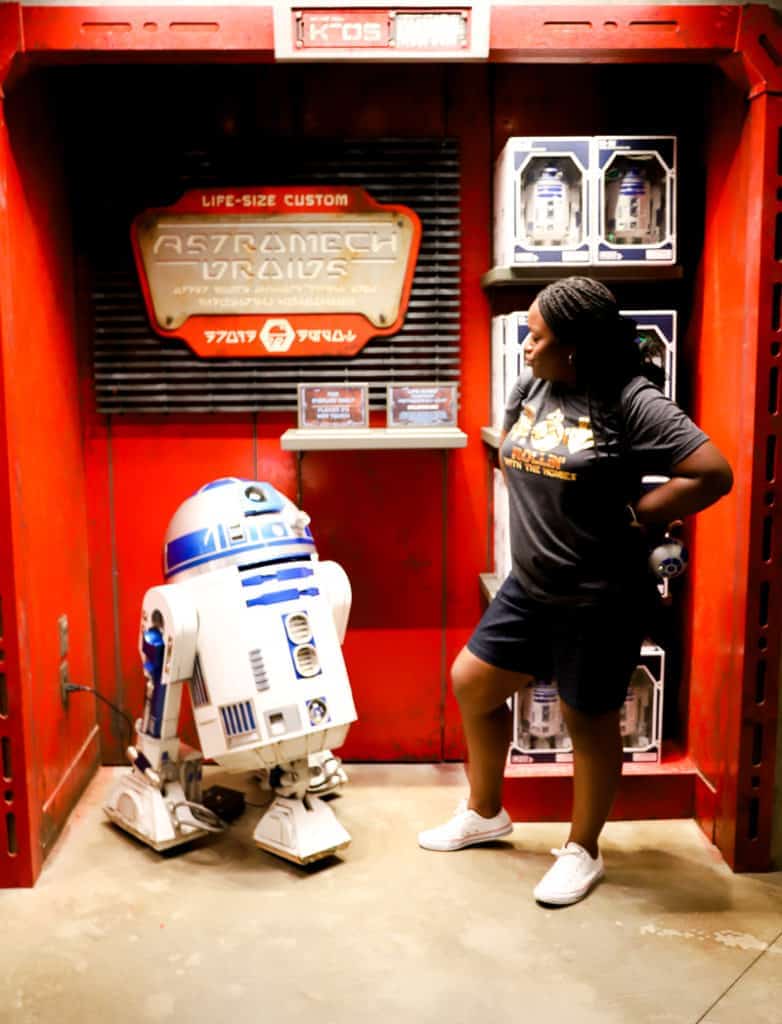 Right next to it would be Savi’s Workshop where you can build your own lightsaber!

Yes, you read that right!!!  Now, I’m going to be honest, I didn’t have time to stop by or else I would have plunked down my hard-earned money to get one too.  I’ve heard that it’s an amazing experience and well worth it.

Reservations are recommended for Savi’s Workshop and Droid Depot. Reservations can be makde up to 180 days in advance, but there will be liited walk-up availability.

Get the Blue Milk 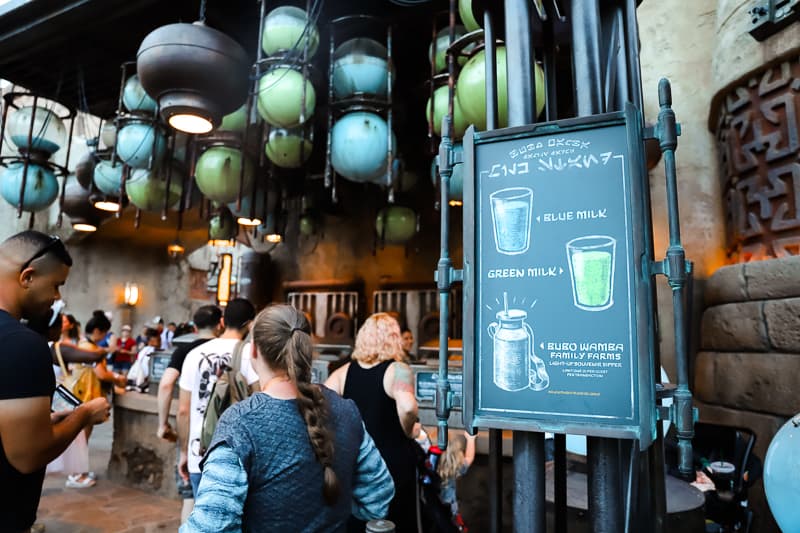 So listen. If you have heard anything at all about Galaxy’s Edge you have heard about the Blue Milk! Well, there is not just Blue milk but Green too.  I tried it..and it’s not milky at all. More like a smoothie. It’s something you have to try…just because. 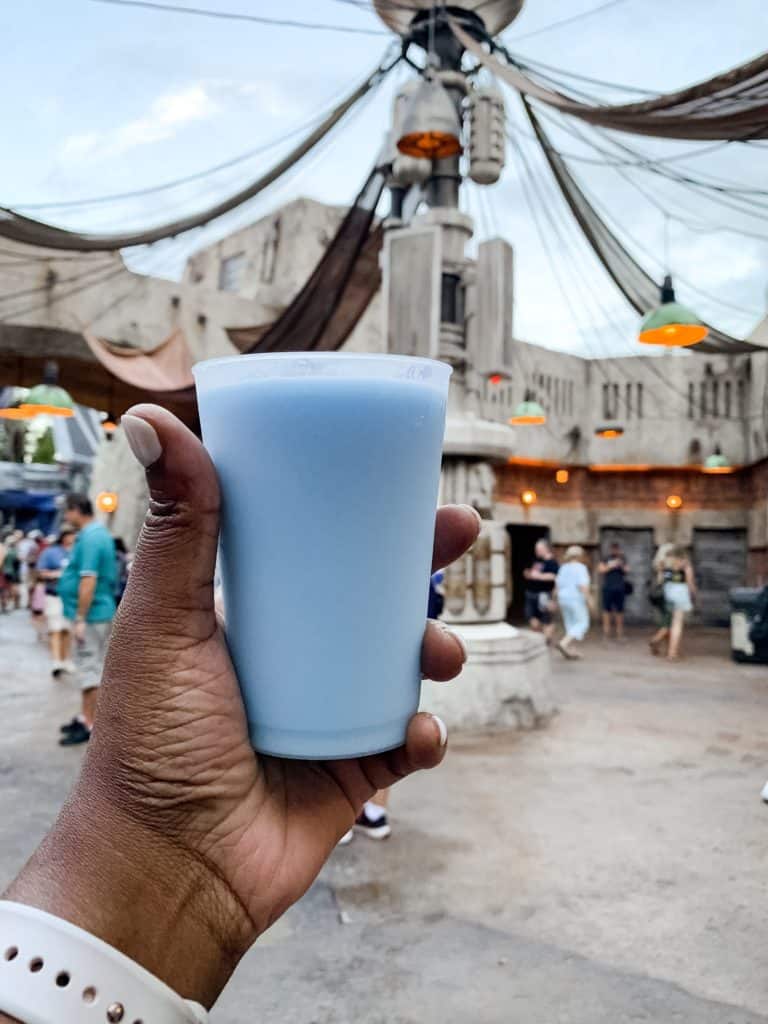 Buy All the Things 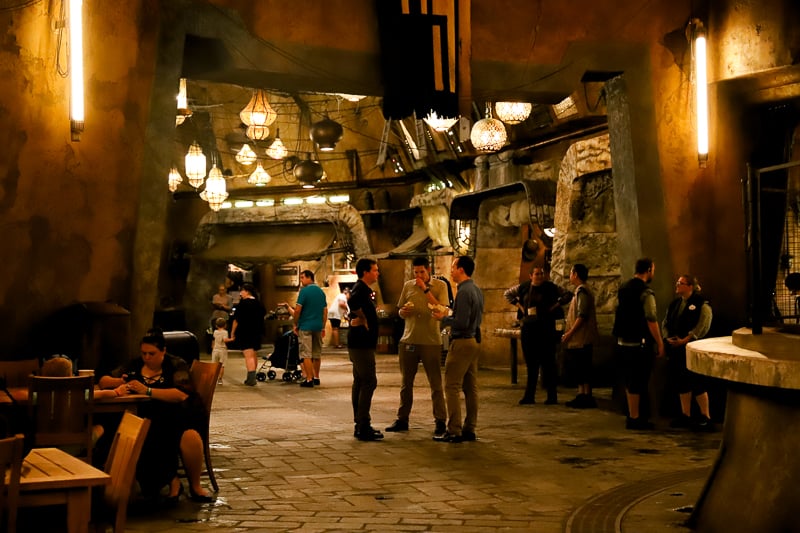 There are a ton of souvenirs to take home.

A droid, a lightsaber, droid ears… 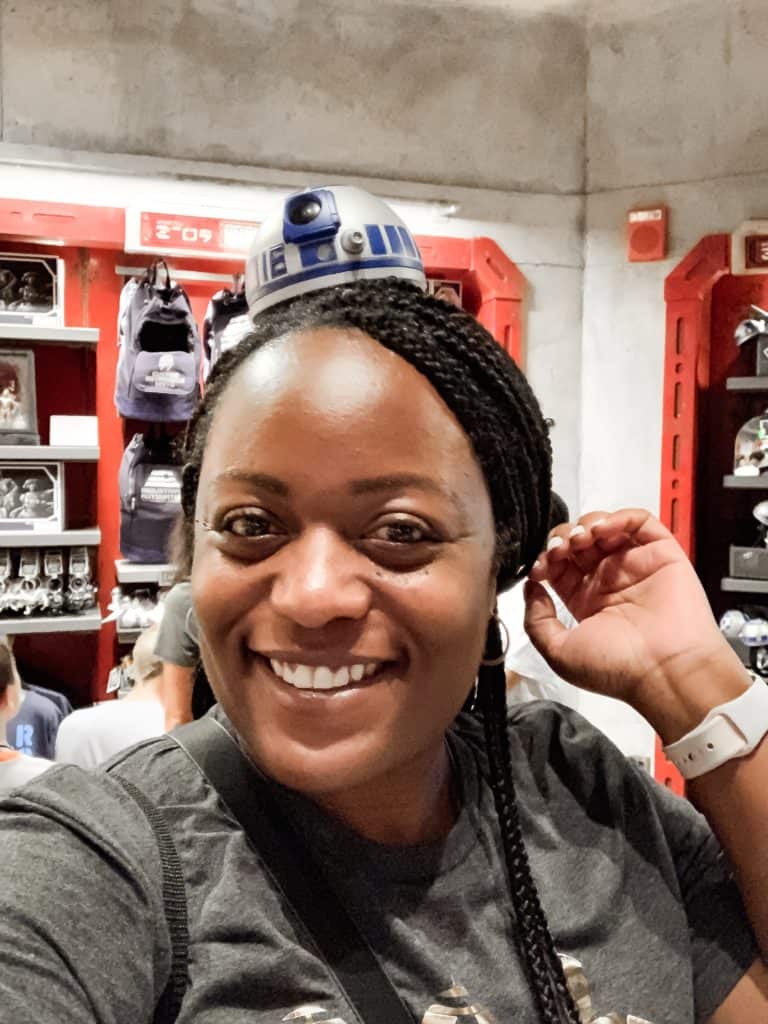 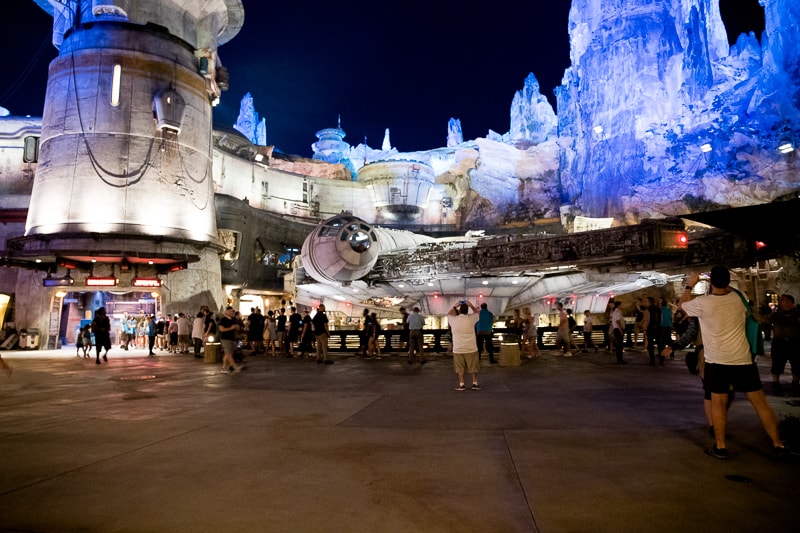 Hollywood Studios will have Extra Extra Magic Hours every day from September 1st through November2 2019 from 6:00-9:00 am. for Guests staying at Disney Resort Hotels and other select hotels.   After November 2nd, Galaxy’s Edge will continue to be a part of regularly scheduled Extra Magic Hours.

There are No FastPass+ available for Galaxy’s Edge at this time.

Bring your patience and just take it all in . 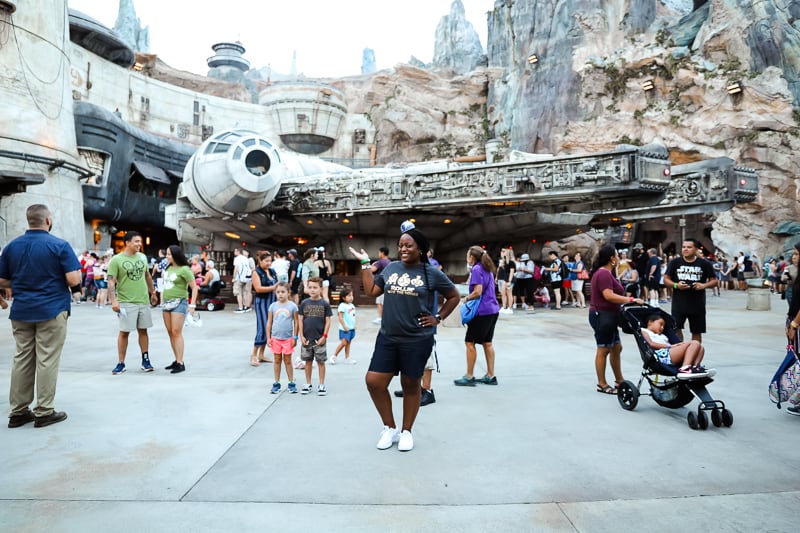 There is so much to see, and do.  Galaxy’s Edge is such an immersive experience. Yes, the lines will be long, there will be people in the way of you getting the perfect photo. But if you are a Star Wars fan, it’s worth every single moment. 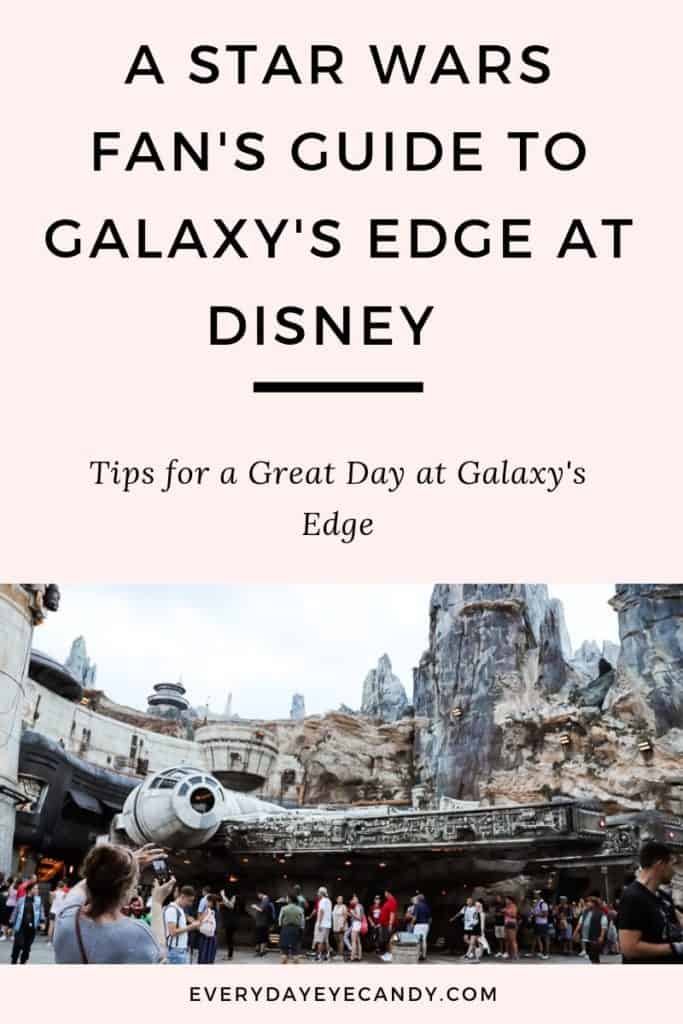 Awesome Tips for Disney Every Mom Should Know
5 Things to Love About the Walt Disney World Swan and Dolphin Resort
5 Questions to Ask BEFORE You Choose your Disney World Hotels
Click here to cancel reply.

Hey old friend. Just came back this week from a QUICK getaway to Disney. The process was a bit nerve wracking BUT SO worth it. With the right planning and a bit of luck, we were able to do rope drop for Smugglers Run, Star Tours and Rise of the Resistance all within 2 hours of park opening....WIN!

This is great! Not too much info or too many spoilers so I can see if all for myself in person. I can’t wait to see it during the week of the Flock conference!

you are going to have so much fun!! I can't wait to follow along!